Since I didn’t pay the extra $11 to choose my own seat, I was in the middle (of course) between a woman with a yellow cardigan at the window, who was flying to a family funeral, and Tiberius Maximus, with his bright blue eyes, strawberry-blonde hair, and contagious smile.

When I met Tiberius, he was strapped to a twenty-four-year-old woman who turned out to be his mom. She had the aisle seat. As I heard Tiberius Maximus being introduced to the lady in front of me, I made some side comment about a Caesar by that name. Mom blinked twice, slowly, and explained that her son was named after the TV show Star Trek and the movie Gladiator. (If you aren’t a fan of either, then you might not know that the T in “Captain James T. Kirk” is TIBERIUS and the lead character in Gladiator is, well, a gladiator named MAXIMUS.)

That got me thinking about my name and how I got it….

The Western house is full of memories, out-of-town relatives, and finger food. Following my aunt’s directive, I leave the hum of post-funeral conversation and climb the polished wood stairs to the master bedroom. My job is to see if any of the lawyer suits would fit.

Most I try are too short in the sleeve and too full in the waist. But they all smell like my mom’s brother, my Uncle Bill. One–a deep blue with light blue pinstripes–almost fits and will for years to come. If I wear cowboy boots with it, like Uncle Bill did, you can hardly tell the pant legs are too short.

The one time I remember Aunt Peggy smiling that day was when she came to check on me as I wore my uncle’s pinstripes. He would have been proud, she said, as she hugged me; maybe she hugged the suit more than the nephew.

His name was William Paul.

The small, formica dining table was pushed all the way to the wall to make the low-ceilinged room seem a little bigger. I am flanked by both of my dad’s parents, and we are alone.

“Your grandma and I wanted you to have this,” he says as he passes me a box designed for a book. The book, it turns out, is a Bible; but not just any Bible. The black leather cover bears the name and confirmation date of my uncle, Paul William.

At the age of 15, my Uncle Paul was killed in a car accident on my father’s birthday. Dad had just turned 19 and was in the car when the accident happened. Uncle Paul died in my father’s arms at the side of the road. I had never heard my grandfather mention Paul’s name; after 30 years, the grief was still too fresh.

I already had my own Bible with my own name and confirmation date on the black leather cover. I keep the two together. 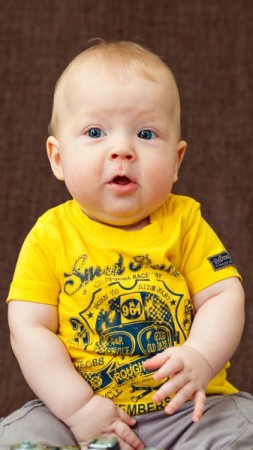 “I’m sorry folks; we’re going to have to deplane. This technical difficulty can’t be fixed immediately. We will have to take a different plane. Luckily, we have another one available. We’re sorry for the delay.”

After the thin voice of the captain cuts out and the groaning dies down, I learn that Tiberius Maximus is #4 of 4. At least for her. She is moving from Florida to Michigan with her husband (across the aisle) and two daughters (across the aisle, with dad) and her dog (also across the aisle, as it turns out). But her eldest son is staying in Florida with his dad.

She hasn’t seen snow in 22 years; since she moved from Kansas to Florida when she was two. I don’t do the math until later: she is almost exactly as much younger than me as Tiberius Maximus is younger than her. Depressing…

“I’m sorry folks; we are going to have to taxi back to the gate; we have a technical difficulty we can’t resolve. We’re sorry for the inconvenience.”

Different plane; same result. “It looks like we will have to ask you to deplane again and wait until another aircraft is available. Thank you for your patience. Your safety is our first concern.”

“We’re out of patience!” came a lone, frustrated reply.

The mother of Tiberius Maximus was sad she didn’t get to see her brother or sister before she left. Well, she got to see her brother behind a clear wall, but not hug him goodbye; we was in jail. Her sister she didn’t see at all. But her niece lives in Pennsylvania, she said, which isn’t that far from Michigan. She was trying to convince herself, not me, that she would be seeing her sister again soon.

I’m sitting next to Tiberius Maximus for the third time today. The third time is the charm, and this plane actually takes off (to the sardonic applause of disgruntled passengers).

Tiberius has been a real trooper: four months old and just a delight.

I am searching for a quote from a book I was reading on the way down to Florida. Tiberius made me think of it.

Dr. Alyce McKenzie, in her book Making a Scene in the Pulpit, was talking about how many in today’s culture have little ability or interest in understanding life in terms of a grand narrative. Having been indoctrinated into a state of perpetual partial attention, today’s hearers not only don’t know the story of the Bible, they often don’t have the tools or desire to understand the story they are living. Instead, they experience life as a series of unrelated episodes or scenes.

I find the quote I am looking for on my Kindle Fire:

I am convinced that we are still story makers—plot providers—but that our skills have atrophied. Drawing people into one episode or scene and then helping them connect it to God’s encompassing story exercises their weakened story-making skills.

McKenzie is right, I think; there is hope. If only we can enter these disconnected scenes with Jesus and see how he might join the disparate strands to the tapestry of his story. I’m still musing on this as Tiberius Maximus grabs my arm with his tiny fingers and smiles.

Support a next step: become a
Next Step patron today.

Next Step on Patreon

Brought to you by